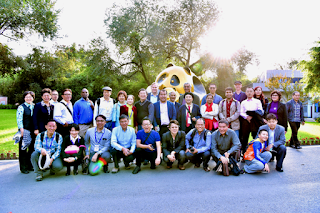 Chengdu Research Base of Giant Panda Breeding is a research and breeding facility for giant pandas and other rare animals, located in Chengdu, Sichuan Province. It was founded in 1987. Chengdu Panda Base has partnered with many organizations in improving ways to conserve giant pandas.
Fives aspects of the Panda base-

The base aimed to do a lot of scientific research on how to mate, breed, and feed giant pandas. Over 70 scientific research projects have been conducted here. The center also focuses on education. If a breeding giant panda is the first step, education to make the public know the importance of giant panda protection is the second crucial step. This will provide long-term and sustainable protection for this endangered species. Despite research and education, the Giant Panda Base also focuses on tourism. 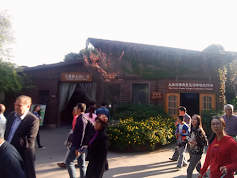 India-China collaborative expedition on preserving ecosystem – connecting Youth to Youth (Y2Y):
Indian scientists have established that India is home to Himalayan Red Pandas. Both India and China are members of the International Union for Conservation of Nature (IUCN), which recently listed the Giant Panda as a vulnerable mammal on its red list. India and China announced the last year 2020 on October 1st a collaborative expedition—the first in history—towards ecosystem conservation. The initiative is spearheaded by India’s TERRE Policy Centre and China’s Operation Earth and involves a team comprising youth from both nations. In May 2018, both nations agreed to launch action-oriented programs, work for which had begun with the informal Wuhan summit between President Xi and Prime Minister Modi in April. Both leaders stressed joint initiatives like this to start the dialogue and better understand each other’s historical and cultural practices. Adopting a Youth to Youth (Y2Y) approach is expected to serve as a bridge between the climatic and political agenda to preserve the ecosystem and foster peaceful relations between both nations.
The Giant Panda is the national animal of China, with a population of just about 2500. In due course, the program may also introduce a similar expedition to save the Royal Bengal Tiger. 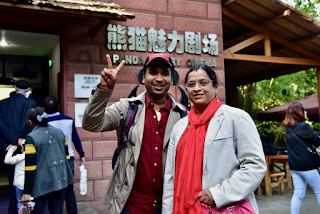